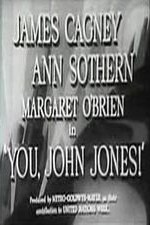 John Jones' daughter is rehearsing the Gettysburg Address in preparation for a school elocution when he is called away by an air raid alarm. He sits alone in the evening and contemplates how lucky he is in America, where no bombing occurs. He imagines "his baby" (Margaret O'Brien) suffering in the war-torn nations of England, Greece, China, Yugoslavia, France, and Russia, and thanks god that no harm has come to her. When he returns home, his daughter resumes her recitation of the Gettysburg Address with her parents as audience.