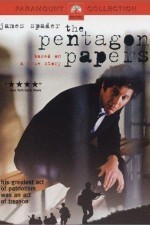 Daniel Ellsberg, a hawkish analyst for the Rand Corporation think-tank and later for the U.S. government, supports the war in Vietnam until two powerful occurrences the experience, first-hand, of combat and political turmoil in Vietnam, and the discovery of secret Defense Department documents detailing the deliberate fabrication of reasons to initiate and expand the war. Facing a crisis of conscience, Ellsberg becomes convinced that the American people have not been told the truth about the war, its justifications, or its likely outcome. He decides to expose the secret history of the war in hopes that the American public, its eyes opened, will force the government to end the war. In order to do so, he must risk his career and his freedom, perhaps even his life.