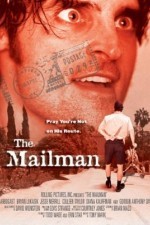 A cunning psychopath with more than an axe to grind murders the kindly Mailman in a small, placid suburban town. Darius Foxx scarred for life as a young boy by seeing his parents brutally murdered, comes back to town as the new Mailman to torment his younger brother, Daniel, and Daniel's adopted family. Daniel, a bored loner who is upset when he finds his lovely sister, Beth, has fallen for his best friend, Jay, learns of his adoption and past from the new Mailman. Upset by the news, he joins the Mailman in a string of cons and sadistic crimes before he realizes just what kind of psychopath he is dealing with, and by then it is almost too late. Can these three teenagers stop The Mailman before he kills again?