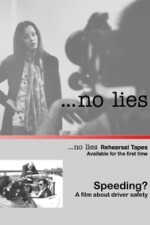 A young filmmaking student turns his camera on a female friend as she gets ready to go out for the night. His questions strip away the young woman's defenses, and soon she reveals her recent sexual assault. Though the film is not a documentary, it is produced in the style of "direct cinema," creating a provocative tension between fact and fiction.